Brooke taught Nick and Sandi how to pronounce different sayings with a New Zealand accent and the subtle differences are between New Zealand and Australian accents. Read More Brooke Ligertwood with Hillsong Worship has just released her first solo album! It could be easy to assume things about this project, but here's the truth and intentionality behind this new album. Read More “When she gave her life to Jesus, alcohol didn’t just go away.” – Logan Cain Logan Cain, of the Christian band CAIN, shares the testimony… Read More 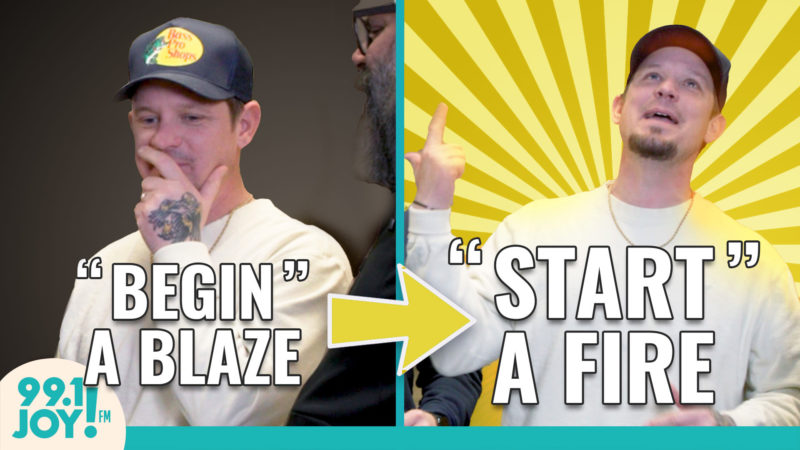 We mixed up Unspoken songs. Can they identify them?

You know and love their songs! From “Start a Fire” to “Miracle”, Unspoken songs have been a favorite of the JOY FM listeners. And we… Read More Ryan Stevenson, singer of the hit song, "Eye of the Storm," actually used to be a paramedic! One near-death experience changed the patient and Ryan's life forever. Read More With going through a divorce, the tornado, the storm felt so big that I'm like, "I'm going to get destroyed by this." Read More Tasha Layton on finding freedom and self-worth as a Christian

Tasha Layton has a vulnerable conversation with us about her battling the lies she was listening to about herself. Read More Zach Williams: "My wife said, 'If you can't make some changes for your family, we're not going to stick around, basically, and watch you kill yourself.'" Read More

My name is Joel Smallbone and I am a recovering control freak. It's nice to meet you. Read More TobyMac: "I started to learn to laugh even in the first week a little bit. But not laugh as deeply. I don't know if I'll ever laugh as deep" Read More